NOTE: All visitors must wear masks. For more on our COVID-19 safety protocol, visit BradburySullivanCenter.org/Coronavirus

The film screenings are held in person on the 2nd Thursdays at 6 p.m. 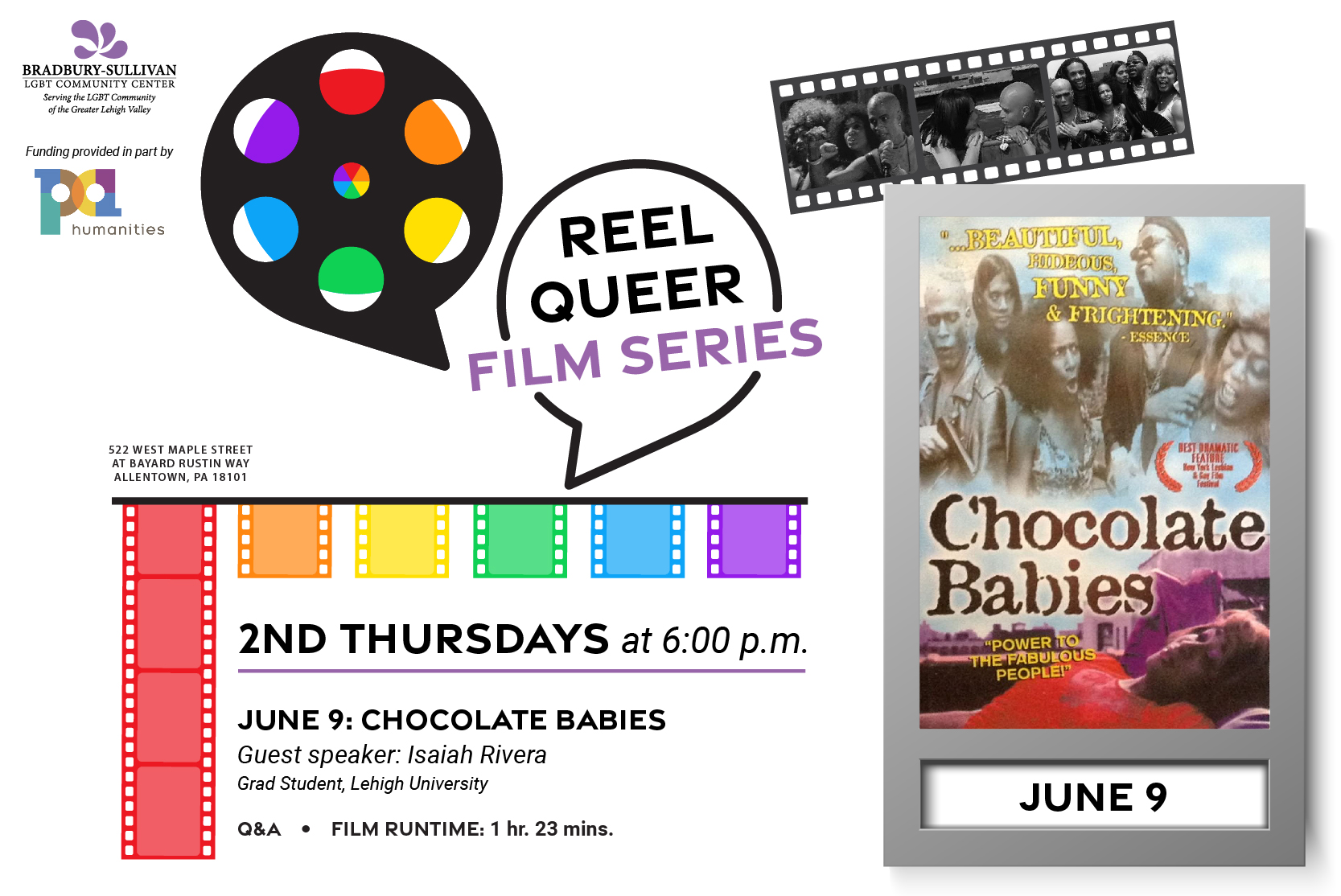 Occupying the space between fantasy, tragedy, and comedy, the award winning Chocolate Babies is a roller-coaster ride that has been provoking laughter and dialogue since its 1997 premiere.

An underground band of HIV-positive, queer, urban, genderqueer, activists of color is making headlines in New York City. In an effort to expose political corruption surrounding the AIDS epidemic, these urban guerrillas stage a series of surprise attacks against conservative politicians whom they believe are collecting secret lists of HIV-positive individuals. The masterminds behind the action include “to-the-death!” diva Max Mo-Freak; his determined sister, Jamela; Larva, sex-crazed with an attitude; Lady Marmalade, a junkie songstress; and Sam, an idealistic young militant (and Max Mo's lover) .Caught up in their extreme methods of activism and self-destructive drug and alcohol binges, the group becomes torn by infighting and begins to lose sight of their mission and loyalty to each other. Will they find the peace and justice they seek?

Funding has been provided in part by PA Humanities and the National Endowment for the Humanities as part of the American Rescue Plan Act of 2021.
Do you like this page?
Tweet