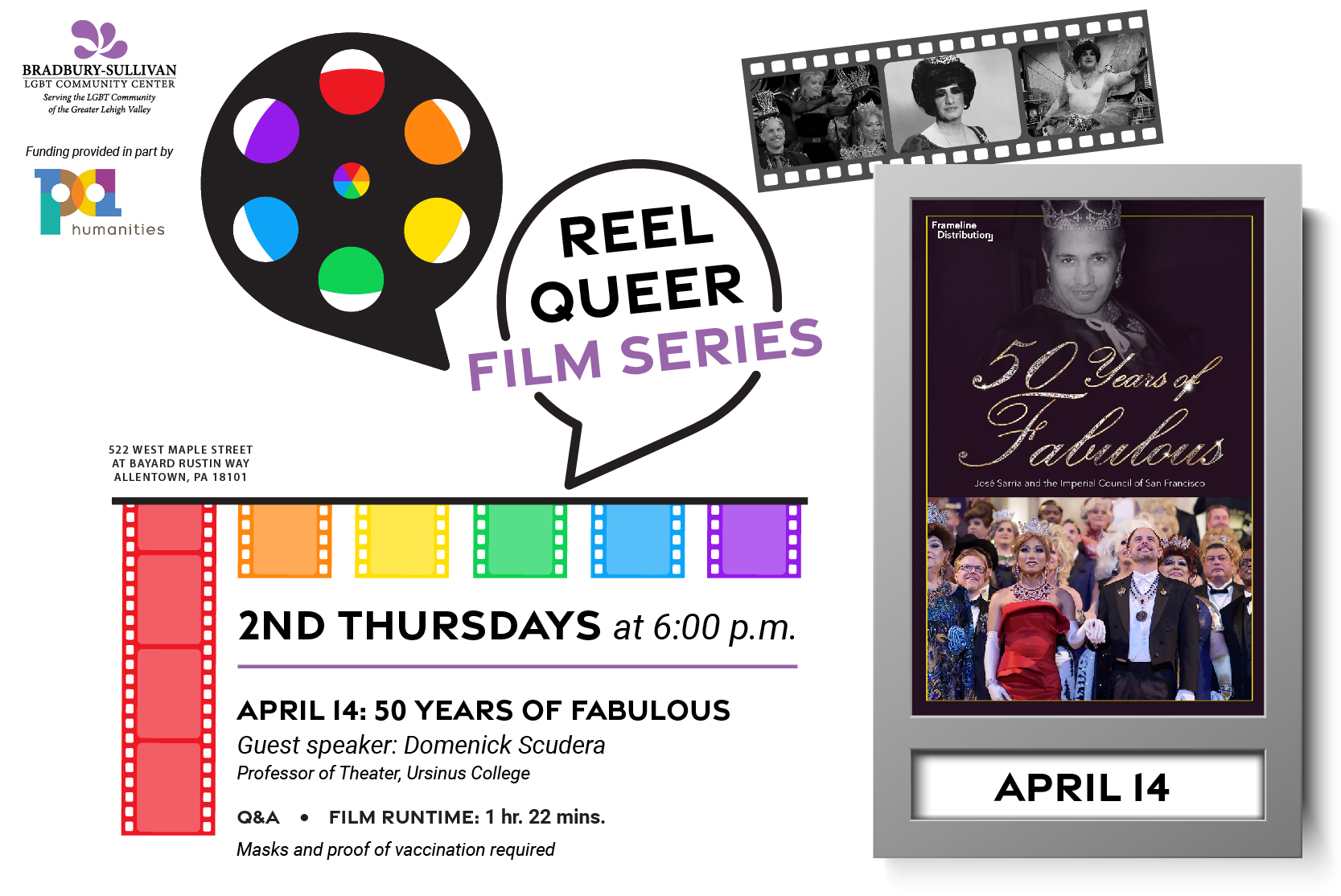 [Image description: A rectangular graphic with a white background. The Bradbury-Sullivan LGBT Community Center logo is in the upper left corner. Below are two speech bubble icons. The left one is black with rainbow details fashioned to look like a film reel. The right one has a black border with black and purple that reads "Reel Queer Film Series." A film cover is to the right, which features an image of a a grey scale person at the top and a dressed up group of people at the bottom in full color. The title "50 Years of Fabulous" is towards the top of the image in glittery text. Above the film cover is a film strip featuring three snapshots of drag queens. Underneath the speech bubble icons are rainbow film strips of various lengths and event details. Black text reads "2nd Thursdays at 6:00 p.m.," "April 14: 50 Years of Fabulous," "Guest speaker: Domenick Scudera Professor of Theater, Ursinus College" "Q&A," and "Film runtime: 1 hr. 22 mins."]

50 Years of Fabulous recounts the rich history of the Imperial Council, the oldest LGBTQ+ charity organization in the world. Founded in San Francisco by renowned activist, drag queen and performer Jose Sarria (the first openly gay man to run for political office), the Council has helped shape LGBTQ+ life and social history in San Francisco and beyond throughout the last five decades.

From its genesis as a critical public space for the community and capacity building of LGBTQ+ San Franciscans, to its vital role in the advocacy for LGBTQ+ human rights, 50 Years of Fabulous documents the full scope of the organization's historical evolution up to its contemporary struggle in finding relevance -- both in the wake of social progress it has helped foster, and in light of a newly empowered political coalition committed to rolling back a half-century of civil rights achievements.