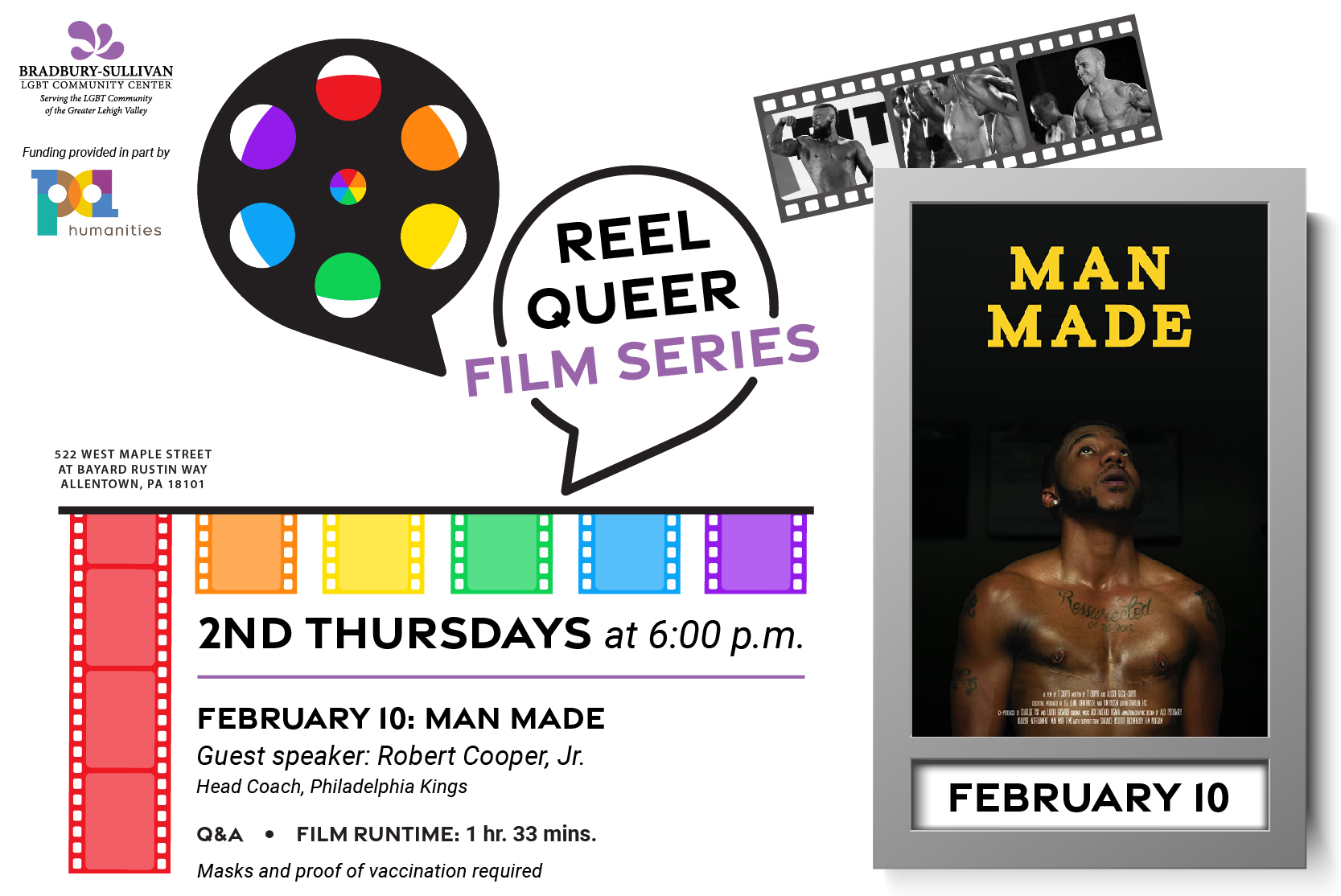 [Image description: A rectangular graphic with a white background. The Bradbury-Sullivan LGBT Community Center logo is in the upper left corner. Below are two speech bubble icons. The left one is black with rainbow details fashioned to look like a film reel. The right one has a black border with black and purple that reads "Reel Queer Film Series." A film cover is to the right, which features an image of a shirtless black man with facial hair, as he looks up. The title "MAN MADE" is above the image in yellow text against a black background. Above the film cover is a film strip featuring three black-and-white photos of bodybuilders. Underneath the speech bubble icons are rainbow film strips of various lengths and event details. Black text reads "2nd Thursdays at 6:00 p.m.," "February 10: MAN MADE," "Guest speaker: Robert Cooper, Jr. Head Coach, Philadelphia Kings" "Q&A," and "Film runtime: 1 hr. 33 mins."]

Join us for "MAN MADE," featuring a talkback with Robert Cooper, Jr. head coach of the Philadelphia Kings.

MAN MADE takes us into the heart of transgender male (FTM) culture, revealing unexpected truths about gender, masculinity, humanity and love. Four trans men (who, like the film's director, were assigned female at birth), take a variety of life paths toward stepping on stage at Trans FitCon, the only all-transgender bodybuilding competition in the world, held in Atlanta. MAN MADE is a character-driven, intimate, and riveting verité-style competition film, but also a unique social justice narrative. It speaks to the ways in which we all choose to define and reshape ourselves, both figuratively and literally.