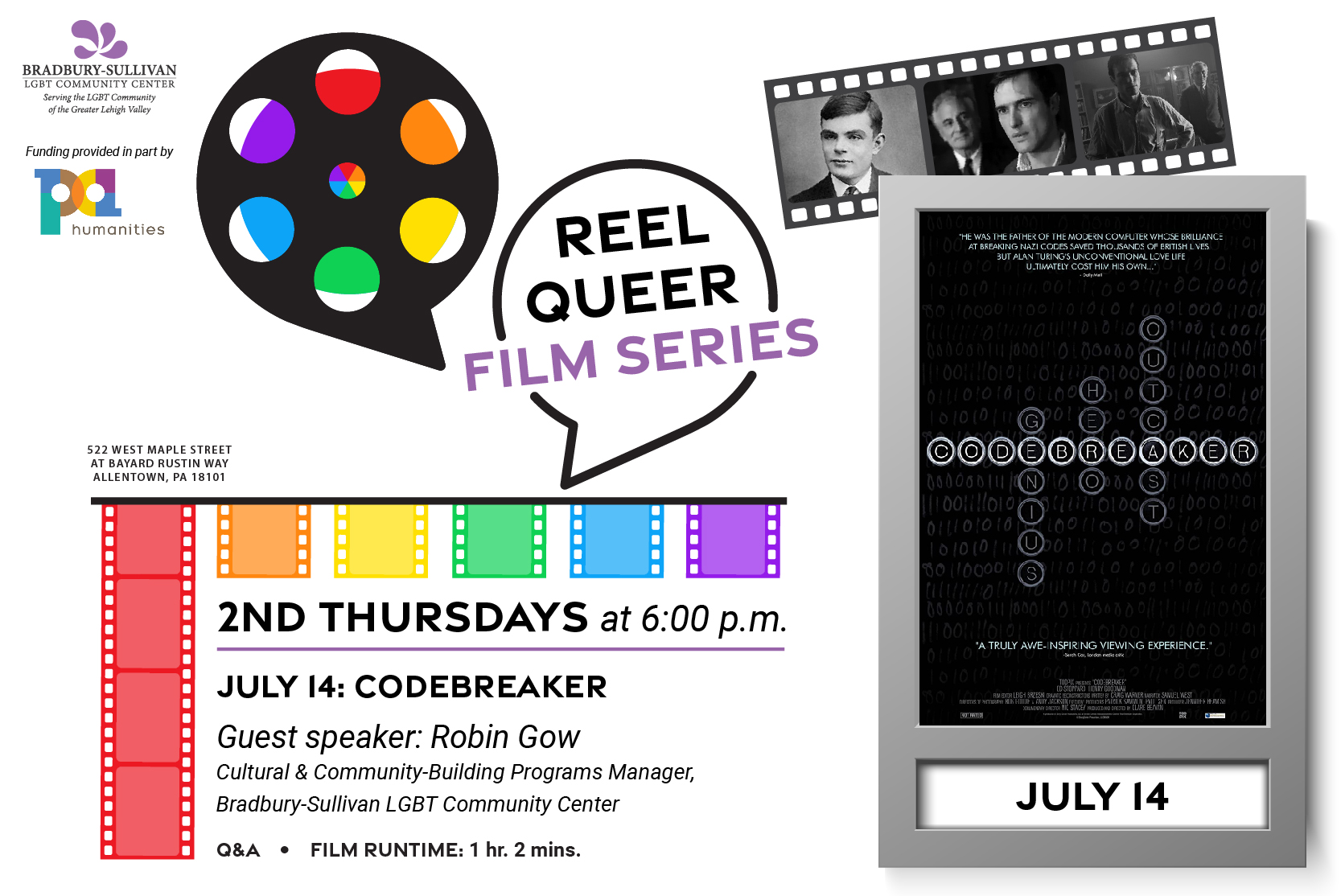 The film screenings are held in person and virtually on the 2nd Thursdays at 6 p.m.

For more information about this series and to attend virtually, please email [email protected].

On Codebreaker: A complicated and eccentric genius. A man ahead of his time. The father of computer science. British mathematician Alan Turing was inarguably one of the most influential gay figures of all time, and before he came to life in The Imitation Game, Clare Beavan and Nic Stacey showcased his life as a hybrid drama-documentary.

Turing’s 1936 paper “On Computable Numbers” forms the cornerstone of the modern digital age, creating the theoretical structure for everything computers do today. In World War II, he broke the German Enigma code and helped the Allies defeat the Nazis, and his theories on mathematical biology and artificial intelligence were decades ahead of his time. He was also a self-identified gay man from early on, and Turing’s sexuality was eventually discovered, leading to charges of gross indecency, invasive organotherapy, and a subsequent sequence of events that led to his tragic death in 1954.

Featuring interviews with those who knew him, as well as with contemporary experts from the world of technology and high science including Apple co-founder Steve Wozniak, Codebreaker brings Turing’s exciting impact up to the present day, explaining why, in many ways, modern technology has only just begun to explore the potential of Turing's ideas.

Funding has been provided in part by PA Humanities and the National Endowment for the Humanities as part of the American Rescue Plan Act of 2021.
WHEN
July 14, 2022 at 6:00pm - 8pm
WHERE
Bradbury-Sullivan LGBT Community Center
522 W Maple St
at Bayard Rustin Way
Allentown, PA 18101
United States
Google map and directions
CONTACT
Gabby Hochfeld · · (610) 347-9988 x 200