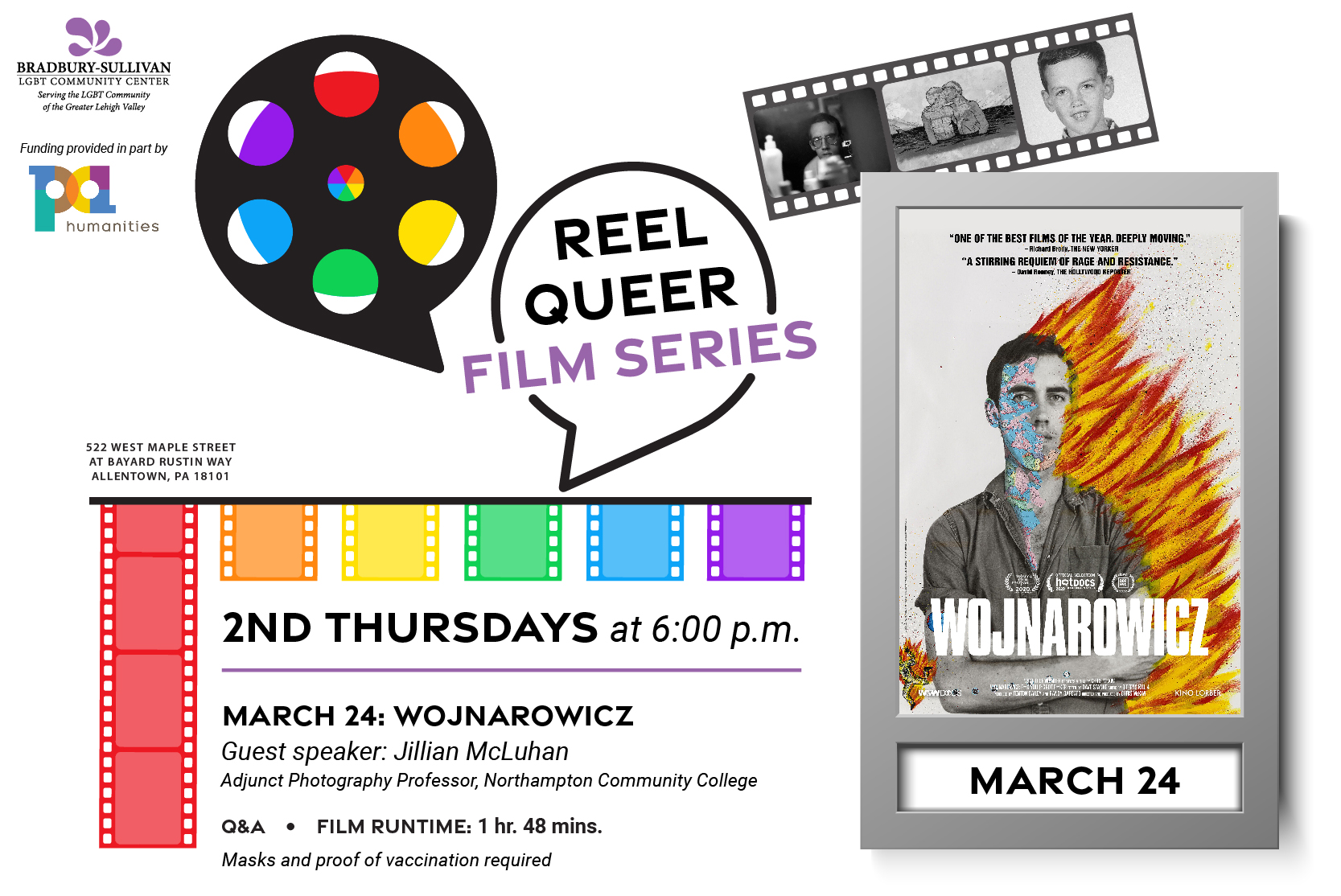 [Image description: A rectangular graphic with a white background. The Bradbury-Sullivan LGBT Community Center logo is in the upper left corner. Below are two speech bubble icons. The left one is black with rainbow details fashioned to look like a film reel. The right one has a black border with black and purple that reads "Reel Queer Film Series." A film cover is to the right, which features an image of a a grey scale white man with illustrations of fire on the right side of the man. The title "WOJNAROWICZ" is towards the bottom of the image in white text. Above the film cover is a film strip featuring three snapshots of Wojnarowicz. Underneath the speech bubble icons are rainbow film strips of various lengths and event details. Black text reads "2nd Thursdays at 6:00 p.m.," "March 24: WOJNAROWICZ," "Guest speaker: Jillian McLuhan, Adjunct Photography Professor, Northampton Community College" "Q&A," and "Film runtime: 1 hr. 48 mins."]

Join us for "Wojnarowicz," featuring a talkback with Jillian McLuhan, an adjunct professor of photography at Northampton Community College.

Wojnarowicz is a fiery and urgent documentary portrait of downtown New York City artist, writer, photographer, and activist David Wojnarowicz. As New York City became the epicenter of the AIDS epidemic in the 1980s, Wojnarowicz weaponized his work and waged war against the establishment’s indifference to the plague until his death from it in 1992 at the age of 37. Exclusive access to his breathtaking body of work – including paintings, journals, and films – reveals how Wojnarowicz emptied his life into his art and activism. Rediscovered answering machine tape recordings and intimate recollections from Fran Lebowitz, Gracie Mansion, Peter Hujar, and other friends and family help present a stirring portrait of this fiercely political, unapologetically queer artist.