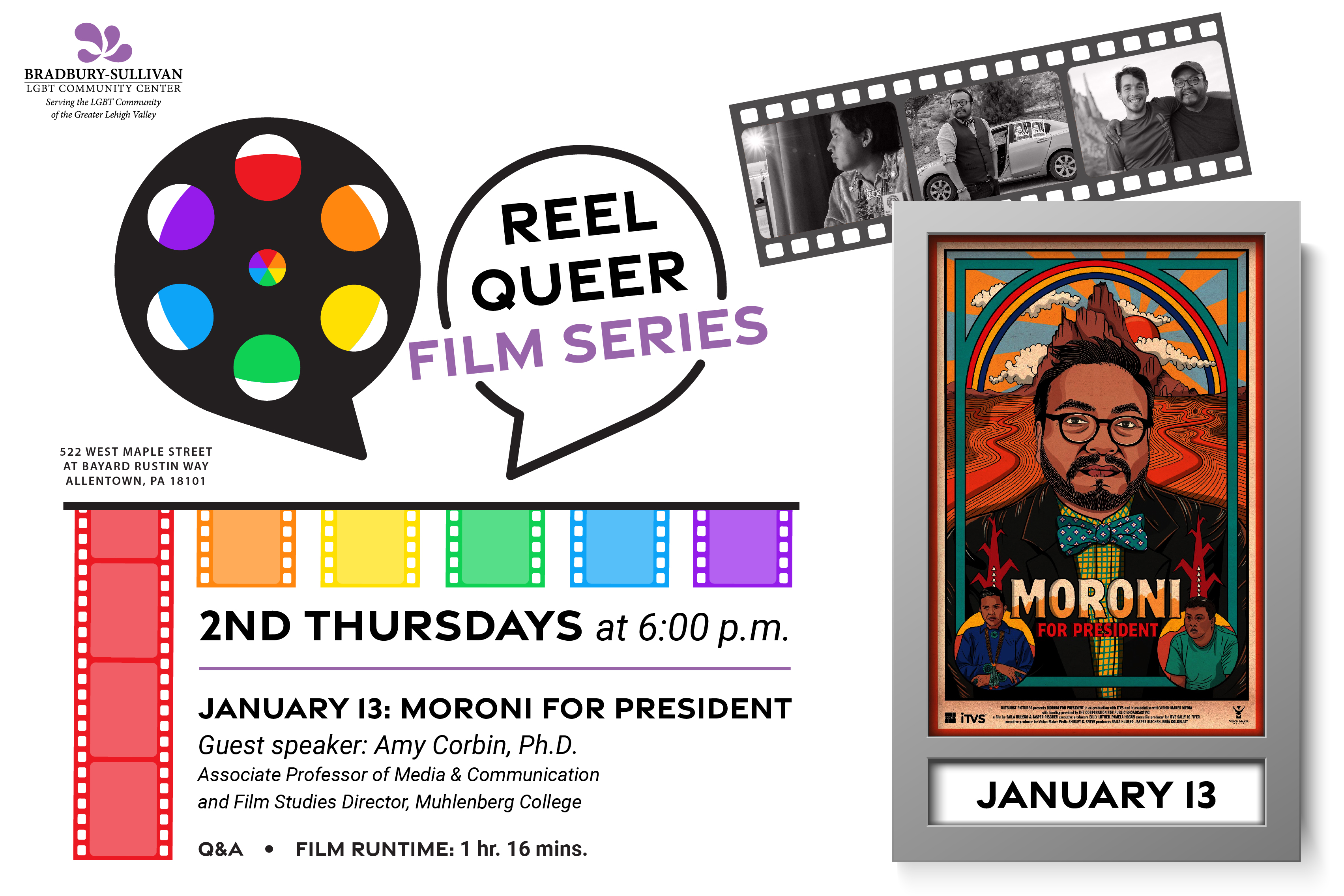 [Image description: A rectangular graphic with a white background. The Bradbury-Sullivan LGBT Community Center logo is in the upper left corner. Below are two speech bubble icons. The left one is black with rainbow details fashioned to look like a film reel. The right one has a black border with black and purple that reads "Reel Queer Film Series." A film cover is to the right, which features an image of a Native American man with glasses and facial hair under a rainbow, mountains, clouds, and sun. The title "Moroni for President" is below the image. Above the film cover is a film strip featuring three black-and-white photos of Native American people. Underneath the speech bubble icons are rainbow film strips of various lengths and event details. Black text reads "2nd Thursdays at 6:00 p.m.," "January 13: Moroni for President," "Guest speaker: Amy Corbin, Ph.D. Associate Professor of Media & Communication and Film Studies Director, Muhlenberg College" "Q&A," and "Film runtime: 1 hr. 16 mins."]

Join us for "Moroni for President," featuring a talkback with Amy Corbin, Ph.D., Associate Professor of Media & Communication and Film Studies Director at Muhlenberg College.

Moroni Benally is running for the presidency of the Navajo Nation, the largest Native American nation in the US. Young, gay, Mormon, and highly educated, he sets out to confront the political establishment in a homecoming that challenges what he imagined home, and himself, to be.